Climate adaptation is the process in which global governments and industries reinforce and modernise vital infrastructure to help build resilient communities against the impact of climate change and its associated environmental risks. These risks are most obviously seen in the global increase of natural disasters and extreme weather events.

Europe, regardless of the region, is not exempt from this risk and a policy plan must be put to work to help adapt the continent’s critical power system and bolster its climate resilience.

The European power sector has made a clear commitment to reach carbon neutrality well before 2050. In fact, we are a leading sector when it comes to decarbonisation and so climate change mitigation. Regardless, we must prepare for the impact that climate change, and the extreme weather events it brings, will have on our expanding network of generation and distribution assets.

The development of a power system strategy that creates a solid network capable of withstanding the impacts of climate change will also support the electrification of transport, heating and cooling, and industrial processes.

The public will then better benefit from a clean energy system and a more resilient and flexible grid which together will enable the development of a decarbonised and electrified economy as Europe also exits from the current energy price crisis.

Climate change is well underway. Its impacts are already apparent and its effects are truly global. This has been conclusively proven in the latest report from the Intergovernmental Panel on Climate Change (IPCC).

Although specific changes vary by event type, climate scenario, region, and other factors, weather extremes such as heat waves, severe storms, floods, and wildfires are increasing in frequency and intensity everywhere. Permafrost is melting. Global sea levels are rising. Even if greenhouse gas emissions are reduced to zero in the near term, the long-lasting effects of their presence in the atmosphere will persist for decades.

Utilities and governments need to commit to a long-term plan that responds to this growing environmental risk.

Some types of 1-in-10-year events and 1-in-50-year events are expected to become more frequent and intense with climate change. For instance, the temperature of the annual hottest day, the number of extreme heat wave days, the maximum of consecutive dry days and the level of precipitation for consecutive raining days are all expected to increase in the coming decades. Although typically expected to be felt strongest in Africa and the wider global south, these impacts will not spare countries in Europe, requiring the development of a strategy across the continent for enhancing critical infrastructure's resilience to climate change.

The difference between climate mitigation and adaptation

Climate mitigation includes the actions, plans, and projects that make the impacts of climate change less severe by reducing the emissions of greenhouse gases into the atmosphere. Climate mitigation through decarbonisation is essential to guarantee the health of our global environment, better use of our natural resources, and the long-term sustainability of the global economy.

In Europe, the Green Deal, the Fit for 55 strategy, and the REPowerEU plan have set increasingly ambitious targets for renewable integration and the facilitation of e-mobility, heat pumps, and flexibility solutions. While the development of these plans by governments is important, the European power sector is committed to implementing them and so leading the climate mitigation effort.

Even as mitigation efforts steadily reach their goals, Europe and the world will be left with even higher adaptation costs as temperatures continue to rise. In fact, despite all these plans, given just the current state of the environment, forecasts for Europe still expect an increase in average temperatures with warmer summers, more heatwaves, fewer cold spells, irregular water flows, and an increase in the number of severe storms.

Recently, we have seen heat waves, droughts and wildfires scorch the Mediterranean, unprecedented flooding in central Europe, and more frequent storms hitting Ireland and the UK. Europe needs to brace itself for more such extreme events. Thus, climate mitigation and climate adaptation are inextricably linked.

The electricity industry has a key role to play in adapting to climate change by building, maintaining, and enhancing secure and resilient energy infrastructure systems that ensures the protection of security of supply. This requires continued investments in the power system and supporting action from a broad range of stakeholders and policymakers.

Impact on the power system

Each part of the electricity value chain is affected by the impacts of climate change but in different ways.

The power system’s climate adaptation plans and strategies should evaluate the potential impacts of this change in climate conditions on human, social, and technical systems. A proactive adaptation plan can help reduce some of the harm associated with these climate impacts. Some examples of how the effects of climate change will affect all of the power system value chain include:

Indeed, the price of inaction now far outweighs the cost of building a sustainable, resilient society. Nowhere is this truer than regarding Europe’s crucial electricity infrastructure. At the same time, as increasing parts of European societies and economies are electrified, customers will have ever higher expectations of the resilience of the power system.

This further proves that the benefits of a reinforced system will reverberate through society by acting as a solid foundation for the widespread electrification of transport, heating and cooling, and industrial processes. In turn, this benefits climate mitigation by reducing direct emissions and climate adaptation by facilitating the flexibility of the grid. Flexibility services will then lower energy prices for final customers by reducing the demand peak and the need for expensive grid expansions.

There are several legislative initiatives in Europe which affect the ability of the power system to adapt to climate change. 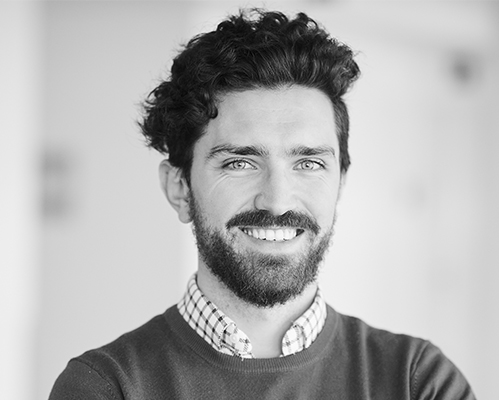